Sporting News
Share on FacebookShare Share on TwitterTweet
How to bet the most high-profile matchup of this year's Champions League quarterfinals pitting the defending European champs against the runaway La Liga leaders Real Madrid. 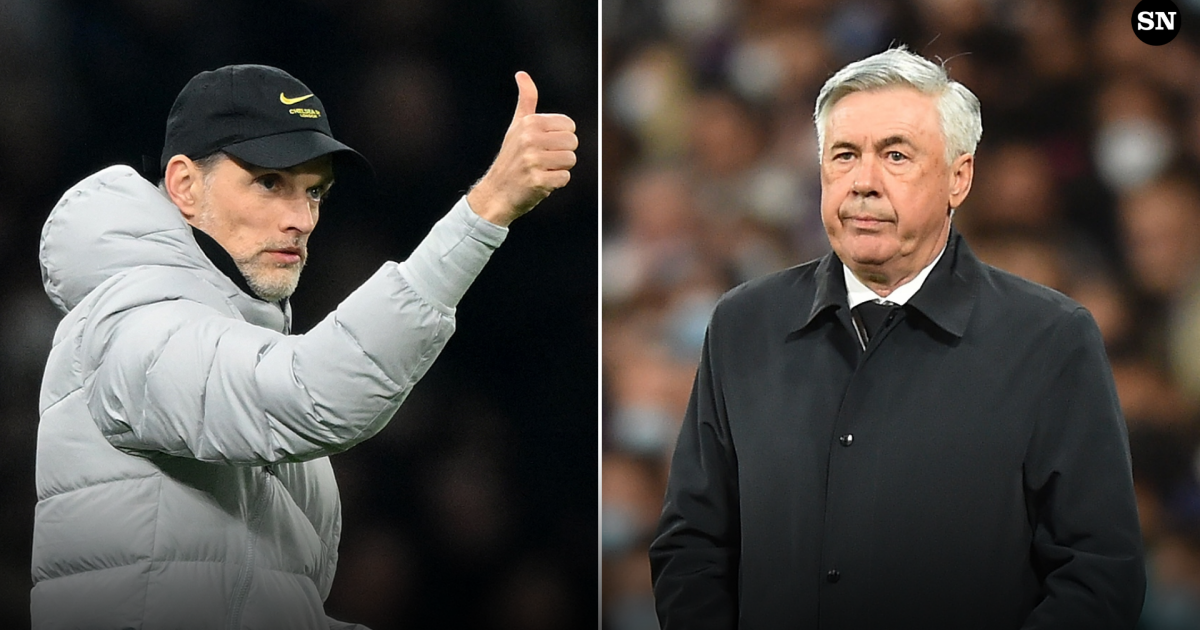 The most high-profile matchup of this year's Champions League quarterfinals pits defending European champions Chelsea against runaway La Liga leaders Real Madrid. Both these teams are clearly contenders for the tournament title, but they are also both flawed sides, making this matchup all the more entertaining.

Real Madrid followed up its emphatic Round of 16 win over PSG with a complete flop in league play against rivals Barcelona, a game which exposed Madrid's own tactical frailties. The road win over Celta Vigo on Saturday did not help dispel concerns given it came on the back of three penalty kicks called in Real's favor.

The Blues, meanwhile, were bopped by Christian Eriksen and Brentford over the weekend, a match in which Ruben Loftus-Cheek failed to fill in adequately for Jorginho in midfield. The 4-1 final scoreline was a red flag, especially given the four goals conceded at home by a Chelsea team that prides itself on airtight defending.

Sorting out a betting perspective in a tight match between two flawed teams is a difficult proposition, as it's tough to predict which team will be in best position to capitalize on the other's most glaring holes. The two sides have defensive deficiencies, and that will dominate the conversation throughout the match.

Chelsea is a home favorite despite its weekend slip, almost even odds on the moneyline which is surprising given how evenly matched the two sides look. The Blues are also a half-goal favorite on the spread, although the odds seem to suggest its a bit closer than that.

Poring over the details of this match, it's hard to find anything to truly separate the sides. Statistically both clubs present similar strengths and weaknesses, and each team has seen inconsistent form of late.

Historically, Chelsea has had the better results, never losing to Real Madrid in five previous matches (three wins & two draws), but that's a small sample size. These two teams matched up in last year's semifinals and the Blues drew 1-1 in Madrid before finishing it off with a 2-0 win at home.

Although it's important to keep in mind that these are different teams today, that 2-0 battering at Stamford Bridge could provide some insight into how things might unfold. Chelsea goalkeeper Edouard Mendy stood on his head in that game, and he remains in top form. The Chelsea attack, meanwhile, put together a gargantuan seven "big chances" and produced 3.79 expected goals (xG). With many of the same key players still in the fold, Chelsea could find similar results, even if Madrid finds a goal of their own.

While picking a victor in this match might not be an advisable course of action, there are other areas to find winning selections.

Here's all you need to know about this match:

Carlo Ancelotti will almost surely approach this the same way he approached the PSG encounter, where Real Madrid sat back and allowed PSG to possess the ball, hoping to hit on the counter. While PSG has plenty of attacking firepower, it didn't display any on-field cohesion and was easily picked apart in transition.

Chelsea has much better squad chemistry, and with Christian Pulisic and Jorginho ready to return to the lineup, some holes exposed against Brentford should be addressed.

Still, it's impossible to forget that the Blues shipped four to a mid-table Premier League side, while Madrid recently gave up the same total to a bitter rival. Both sides have weaknesses at the back. Chelsea have conceded at least 0.85 xG in three of their last four matches to the likes of Burnley and Norwich to go alongside the capitulation against Brentford.

All this to say, given Real Madrid's attacking firepower, its leaky defense, and Chelsea's similar reflection, it will be an exciting affair that should see both sides find the back of the net.

Let's go for a couple of punts with long odds here.

We should recognize Mateo Kovacic's rise to prominence within this Chelsea side, as Jorginho and N'Golo Kante slip into inconsistency. Kovacic has a 93 percent pass completion rate in four Champions League appearances this season, plus an 89 percent pass success rate in Premier League play. His 65 percent long ball completion rate and 84 percent final third success rate are both impressive as well.

Kovacic picked up five assists early in the league season, but since returning from a mid-year injury, he hasn't grabbed a single one in any competition. That could change. In 12 Premier League appearances since Kovacic's last assist, he has collected 1.91 expected assists (xA) as teammates fail to finish the chances he helps create.

With Timo Werner likely to make way for Christian Pulisic in this match, Chelsea's finishing should improve. Add in a 77 percent dribbling success rate this season, and Kovacic could be rewarded for his heavy lifting in the attacking third and see his assist drought end.

Although he hasn't seen much time of late, Trevoh Chalobah is, somehow, a goalscoring machine. When he shoots, he scores.

Between the Premier League and Champions League, Chalobah has taken eight shots and scored four goals, a 50 percent conversion rate. His 60 percent conversion rate in Premier League play leads the league of anyone with at least 15 appearances. IF Chalobah starts — which is possible as Andreas Christensen is in and out of the lineup and Thomas Tuchel might look to monitor Thiago Silva's minutes — he could be a dangerous set-piece presence.