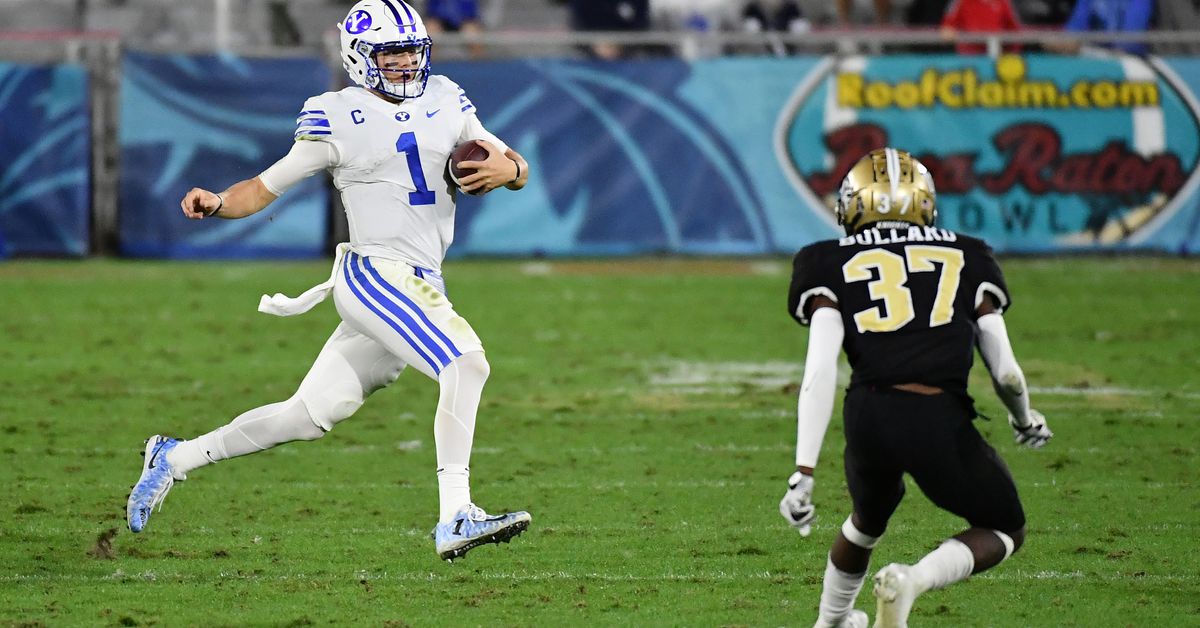 If that was Zach Wilson’s last game in a BYU uniform, then he put on quite a finale.

BYU dominated in every aspect of the game and shut down UCF’s potent offensive attack. Tyler Allgeier surpassed 1,000 rushing yards on the season by rushing for 173 yards and 1 touchdown. Issac Rex was Wilson’s top target with 5 catches for 96 yards and 2 TDs, which brought the freshman’s season TD total to 12. BYU rolled up a program bowl record 655 total yards.

UCF came in averaging 44.3 ppg and 585 yards of total offense but were held to a season low in points and had 411 total yards.

BYU came into the game ranked 13 in the AP Poll and will look for its first top 10 finish since 1996 when they finished 5. BYU last finished ranked in the AP Poll in 2009 when the came in at 12,

If this was indeed Zach Wilson’s last game, he put up one of the best seasons ever for a BYU. He will be a first round NFL draft pick and could go as high as number 2 in the draft. We didn’t even know if we would play any games back in August, and BYU finished 11-1 and a possible top 10 ranking.

Thank you, Zach, and BYU for a memorable season!