Deseret News
Share on FacebookShare Share on TwitterTweet
The Chanticleers possessed the ball for much of the first half, but the Cougars scored a pair of quick touchdowns to take the lead into the break. 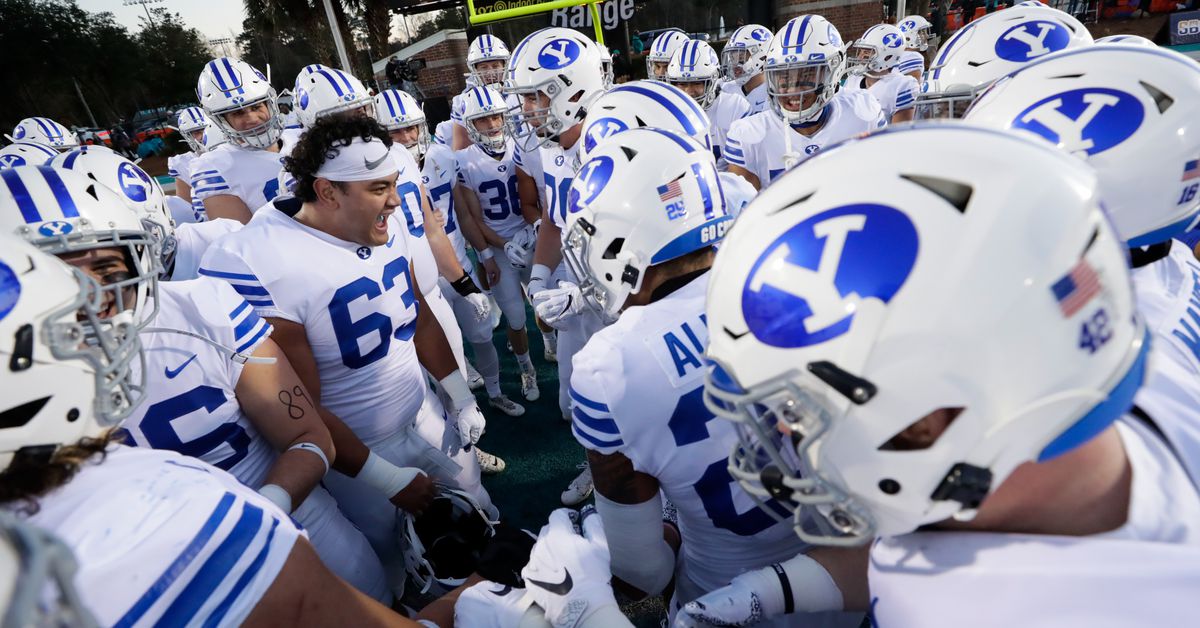 No. 13 BYU’s biggest game of the year is here — even if it was officially scheduled just two days ago.

The Cougars will have the chance to add a second signature win to their resume when they face No. 18 Coastal Carolina on Saturday (3:30 p.m. MST, ESPNU). Undefeated BYU (9-0) already has a win over a top 25 team, Boise State, earlier this year, but the College Football Playoff Selection Committee has made it clear they aren’t impressed with the Cougars’ COVID-19 impacted schedule.

Enter the undefeated Chanticleers (9-0), who are off to their best season since moving full-time to FBS play in 2017.

Follow along with our live coverage as BYU takes on Coastal Carolina.

The Cougars tried to score to end the half, but a Zach Wilson hail mary was intercepted at the goal line. Here’s a few first-half notes:

The Cougars have another long touchdown, as Dax Milne caught a pass and made several nice moves to stay inbounds on a 41-yard touchdown catch. Zach Wilson and the Cougars go 94 yards in just six plays to retake the lead.

The Chanticleers make BYU pay for not converting a fourth down on its previous drive, as Coast Carolina drives 51 yards on 11 plays to score on a fourth-down, 1-yard carry from Reese White. Coastal Carolina has 158 rushing yards and possessed the ball for 19 minutes, more than 12 minutes than BYU so far.

The Chanticleers had another promising drive going before Grayson McCall fumbled in BYU territory and the Cougars recovered. BYU couldn’t capitalize, though, going for a fourth-and-1, and a double pass ended up in an incompletion when Gunner Romney dropped the pass.

Tyler Allgeier gets BYU on the board with a 42-yard touchdown run up the middle, as the Cougars march 76 yards in just four plays to counter Coastal Carolina’s touchdown. Zach Wilson completes his first pass of the game, a 16-yarder to Neil Pau’u to get BYU past midfield.

A few notes from the first quarter:

The Chanticleers strike first, going on an impressive 17-play, 94-yard drive — the longest scoring drive in school history — for the game’s first touchdown. CJ Marable scores on a 6-yard run, as Coastal Carolina chewed up significant amount of yards on the ground on the scoring drive.

We have punts from BYU and Coastal Carolina on their opening possessions, as both teams had drives stall near midfield. BYU had a 91-yard touchdown pass wiped out by a penalty.

Here are a few links to stories you may want to read prior to or during the game:

BYU is out on the field warming up now; RB Lopini Katoa (ankle) going through all the motions, will apparently play.

The Cougars huddle up one final time before the big game: