Deseret News
Share on FacebookShare Share on TwitterTweet
The Cougars respond to a UCF touchdown with their fourth of the game, coming on a 68-yard drive. 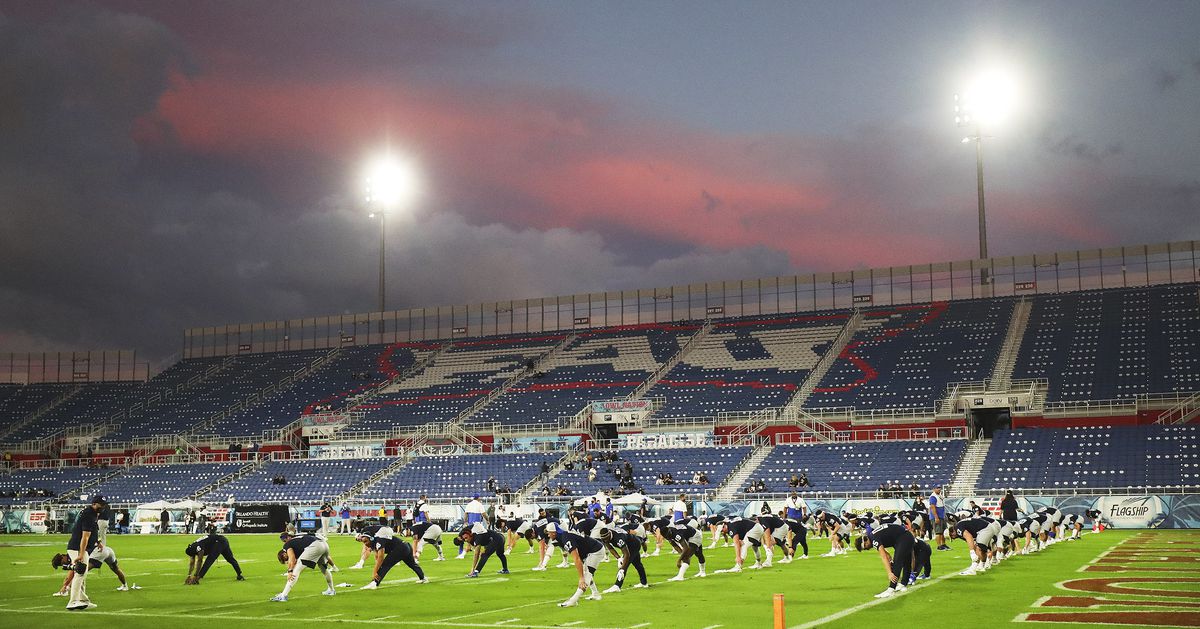 It’s expected to be an offensive shootout in the Boca Raton Bowl, and for good reason: BYU and UCF bring two of the nation’s top offenses — and quarterbacks — into the contest.

Zach Wilson and the Cougars (10-1) will be trying to put the final stamp on an already memorable season. BYU is coming off a 28-14 victory over San Diego State a week and a half ago.

Dillon Gabriel and the Knights (6-3), meanwhile, are looking for their signature win in a 2020 season where UCF has largely been successful, while losing three games by a combined 12 points. The Knights most recently played on Nov. 27, when they beat South Florida 58-46.

What kind of fireworks can fans of both teams expect? Follow along with the action in our live coverage, with kickoff set for 5 p.m. MST. The game is being televised on ESPN.

The Cougars make it four touchdowns on five drives, as Isaac Rex catches a 27-yarder for his second score of the game. BYU goes 68 yards on seven plays — that included a third-and-15 conversion on a pass to Lopini Katoa — and the Cougars have 348 yards of total offense.

A freshman All-America candidate, Isaac Rex is now tied for No. 3 in the nation with 12 TD catches. He is tied for No. 1 among TE with Florida’s Kyle Pitts.

The Knights go on a must-needed scoring drive, capped by a 5-yard Greg McCrae touchdown run. UCF eats up 80 yards on the 15-play drive and converts three third-down attempts to make it a two-score game.

A few notes from the Cougars’ dominant first quarter:

The Cougars add a third touchdown before the end of the first quarter, driving 76 yards on four plays — aided by a targeting penalty — and Zach Wilson scores for the second time on the ground with a 4-yard run.

Both teams get stops on fourth down, as the defenses have their moments. First, Zach Wilson is incomplete on a fourth-down pass in UCF territory. The Knights then drive to the BYU 24, but Greg McCrae is dropped for a 1-yard loss by Zac Dawe on a fourth-and-1, giving the ball back to the Cougars.

The Cougars score fast again, this time on a 36-yard pass to Isaac Rex on a trick play. Zach Wilson already has over 100 passing yards — he’s at 121 — while completing 5 of 6 passes. Gunner Romney (12 yards) and Neil Pau’a (19) also had catches on the drive, while Tyler Allgeier added a 5-yard run on the four-play, 72-yard drive after UCF went three-and-out on its first drive.

The Cougars strike quick, scoring on the opening drive when Zach Wilson runs 15 yards for a touchdown. Wilson completes 2 of 3 passes for 54 yards and Tyler Allgeier has 61 yards (18 rushing, 43 receiving) on the five-play, 87-yard drive.

Here are a few links to stories you may want to read prior to or during the game:

Have confirmed that BYU center James Empey did not make the trip, will not play tonight vs. UCF. Fellow O lineman Clark Barrington also out, due to injury sustained against Coastal Carolina.

BYU cornerback Chris Wilcox has opted out of the Boca Raton Bowl -- Wilcox has hired an agent and turned his attention to NFL draft, per Ben Criddle of 960 AM radio

A couple of BYU defenders, besides Wilcox, also weren't warming up, per Mitch Harper. LB Isaiah Kaufusi and CINCO George Udo weren't on the field.