How to watch no. 8 BYU Football at no. 14 Coastal Carolina: Game time, TV schedule, live stream, and more

Vanquish The Foe
Share on FacebookShare Share on TwitterTweet
HUGE game for BYU Football this afternoon as they face off against another 9-0 team in Coastal Carolina. 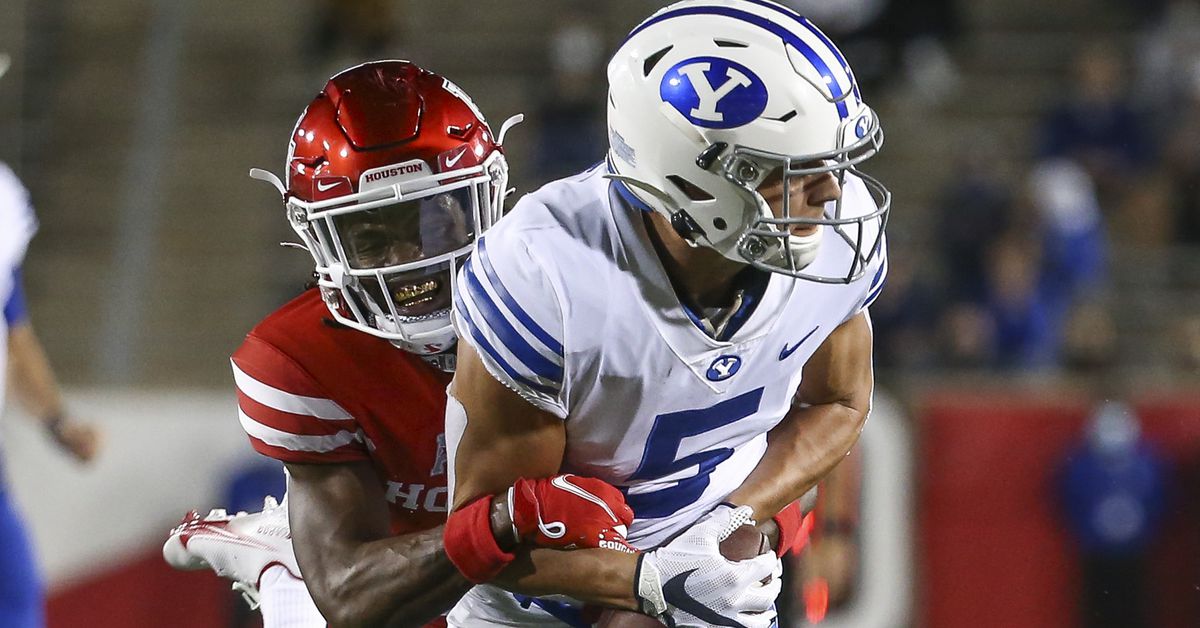 We’re quite sure that you’ve heard all the buzz about BYU managing to get a game with Coastal Carolina just two days in advance. Due to COVID issues on Liberty’s football team, Coastal Carolina was in need of an opponent Saturday afternoon, and BYU moved in quickly to be that opponent, gifting us with a matchup of two 9-0, top 15 teams (we’re only regarding AP Poll rankings at this point, on this blog).

No. 8 BYU has a lot to be proved after being snubbed by the playoff committee two weeks in a row. The Cougars’ final game of the season was scheduled to be against San Diego State next week until this opportunity came along. BYU’s most recent game was against North Alabama on Nov. 21. The Cougars won that one, 66-14, keeping in line with their gigantic margin of victory that they’ve had all season.

No. 14 Coastal Carolina also has a lot on the line here. They’re at 18 in the CFP rankings. They most recently played on Nov. 28 against Texas State (a common opponent between Chanticleers and Cougars) and put the hurt on them, 49-14. Coastal Carolina’s other eight wins came against: Kansas, Campbell, Arkansas State, Louisiana (who was ranked 21 at the time), Georgia Southern, Georgia State, South Alabama, and Appalachin State. The Chanticleers margin of victory has also been quite impressive.

Needless to say, this matchup promises A LOT of offensive firepower. Here’s how to watch:

Leave any and all of your thoughts from before, during, or after the game in the comments below.