Yahoo Sports
Share on FacebookShare Share on TwitterTweet
The Boston Bruins are in a must-win situation in Game 6 of their second-round playoff series versus the New York Islanders. Here's how to watch on NBC Sports Network via live stream. 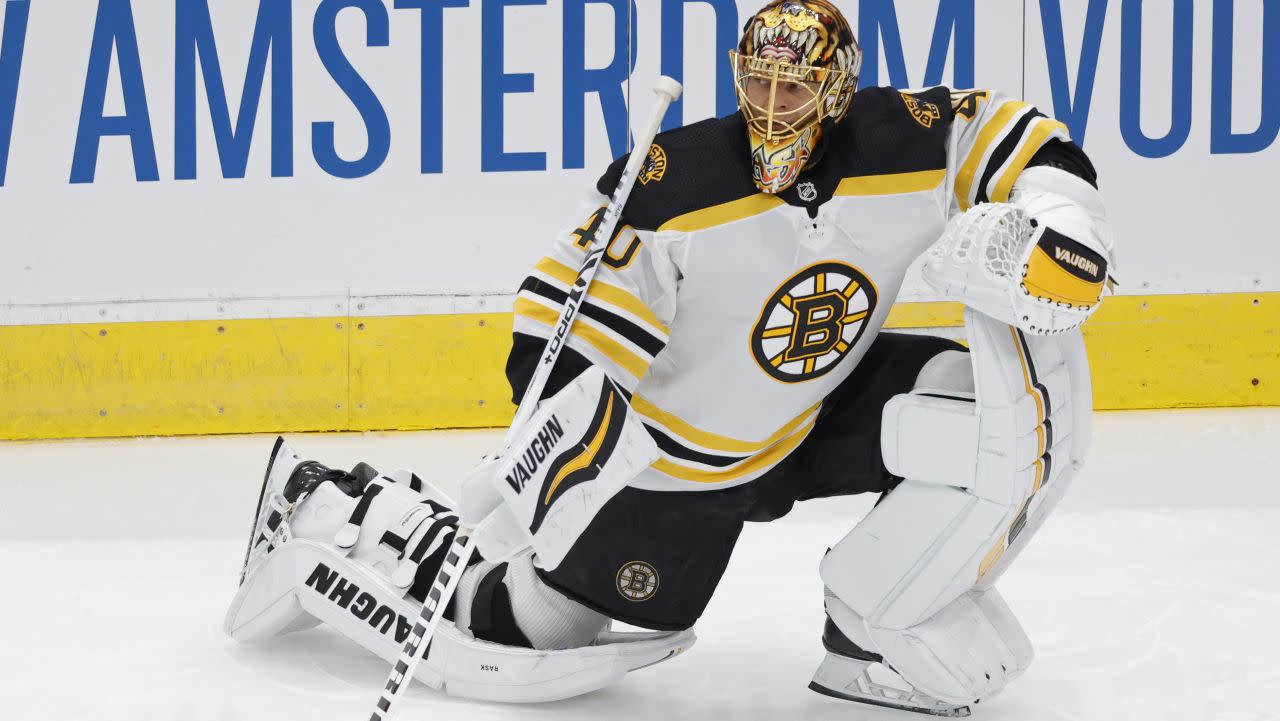 The Boston Bruins are in a must-win situation in Game 6 of their second-round playoff series versus the New York Islanders.

The Islanders have a 3-2 series lead and can eliminate the B's if they win Wednesday night at Nassau Coliseum.

The Bruins have a lot of playoff experience, and they've been in this situation before. The last time they were in this kind of Game 6 scenario on the road was the 2019 Stanley Cup Final. Boston won that Game 6 in St. Louis before losing the series to the Blues at home in Game 7.

The B's also have not lost three consecutive games all season. Their ability to bounce back and not go into prolonged stretches of defeats has been among the team's strengths in 2021. They'll need to show that resiliency once more to extend their season by at least another game.

All eyes for the Bruins will be on Tuukka Rask. Head coach Bruce Cassidy confirmed Wednesday morning that Rask will be the starting goalie despite getting pulled after two periods in the Game 5 loss. Rask has battled injury all year but the B's are sticking with him entering the most important matchup of the season.

Will the Bruins force a Game 7, or will the Islanders win the series and advance to face the Lightning in the semifinal round? Here's when and how to watch Game 6 on your favorite device.