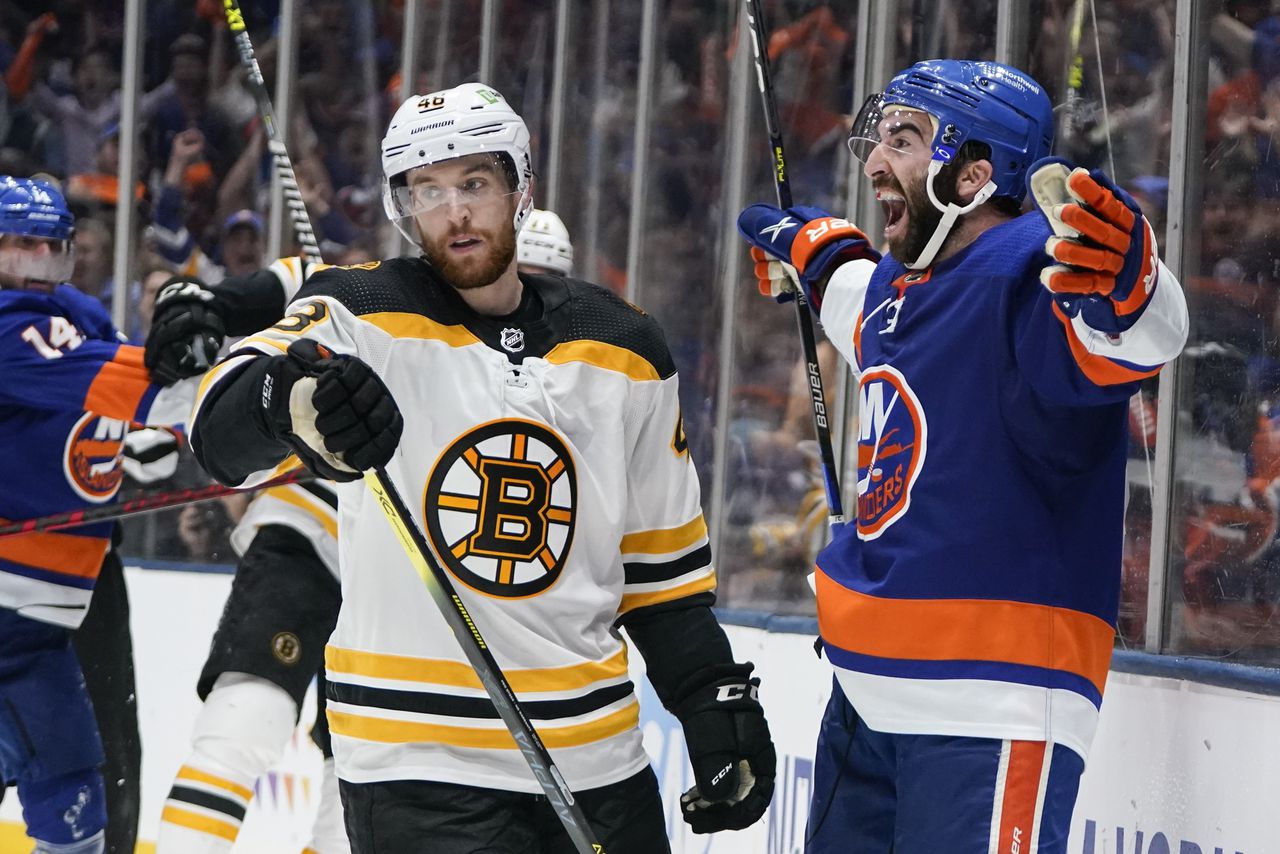 There was no drama and no trip back to Boston. The Bruins were overmatched in the second period as the Islanders pulled away en route to a 6-2 victory, Wednesday to win the teams’ best-of-seven series at Nassau Coliseum.

The Islanders advanced to the semifinals where they’ll face the defending Stanley Cup champion Tampa Bay Lightning, while the Bruins’ season ended in the second round for the second year in a row.

Tuukka Rask started Game 6 for the Bruins after being taken out of Game 5 when Bruce Cassidy deemed that his health issues were preventing him from playing well enough for Boston to win. Behind a struggling defense, he gave up three second-period goals as the Bruins sunk into a hole they couldn’t climb out of.

Rask and Semyon Varlamov each finished with 23 saves.

With the Bruins’ third line stuck on the ice after consecutive icings, the Islanders’ checking line went into attack mode to take a 1-0 lead. Travis Zajac picked the rebound of a Noah Dobson shot off Rask’s pads and fired it past the Boston goalie with 11:08 left in the first.

Whether it was coincidence or Bruce Cassidy’s cajoling that got his team an early power play, the Bruins took advantage. Brad Marchand was on the finishing end of tic-tac-toe passing from David Krejci to David Pastrnak who zipped it from the left-wing faceoff circle to the right one. The puck crossed the ice faster than Varlamov as Marchand snapped it into the open net to make it 1-1 with 2:24 left in the first.

The Bruins briefly lost Charlie McAvoy early in the second period after Kyle Palmieri elbowed him in the face well after the play ended 14 seconds out of intermission. No penalty was called as the Bruins defenseman knelt on the ice for a few moments with his hand to his mouth. He first went to the bench and then to the dressing room leaving the Bruins without their leader in ice time and a key part of both their power play and penalty-killing units.

The Bruins killed their first penalty without him, but the Islanders pulled back ahead shortly after they went back to even strength. Brock Nelson stepped around Matt Grzelcyk, skated in alone and beat Rask to make it 2-1, 5:20 into the second.

McAvoy returned, but couldn’t stem the tide. Nelson scored again with 7:21 left in the middle period and Palmieri stretched the home team’s lead to 4-1 with 3:53 left. Palmieri, who has dominated against Boston all season, perhaps sealed the Bruins fate when he tapped a rebound by Rask.

Marchand continued to try to carry the Bruins back into contention. Falling to his knees on the backhand, he flipped the puck by Varlamov for a power-play goal that made it 4-2 with 14:22 left.

Bruins’ Bruce Cassidy surprised to be fined: ‘Usually when you get fined you say something like ‘embarrassing’ or ‘a joke,’ I didn’t say that’