A good game with a bad ending: ‘Not the same Cleveland Browns’

WJW FOX 8 News Cleveland
Share on FacebookShare Share on TwitterTweet
The Cleveland Browns did not walk away with the win against the Baltimore Ravens, but they showed they deserved their spot in a primetime showcase. 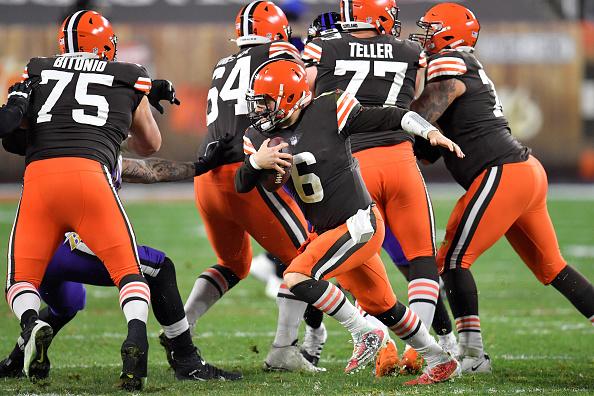 CLEVELAND, Ohio (WJW) – The Cleveland Browns did not walk away with the win, but they showed they deserved their spot in a primetime showcase.

‘We gotta be better’: Cleveland falls to 9-4 on season, snapping 4-game winning streak

The Monday Night Football matchup at FirstEnergy Stadium against the Baltimore Ravens was a high scoring affair that showed people who haven’t been paying attention, Cleveland is no longer “a factory of sadness.”

The Browns lost 47-42 in an AFC North matchup that had a combined 12 touchdowns and nearly 900 yards of offense.

Lamar Jackson showed why he’s the reigning league MVP, especially coming off an illness with COVID-19.

“He probably had one of his better games of the year last night, unfortunately,” shared Greg Pruitt, former Browns running back.

Many of Cleveland’s wounds last night were self-inflicted.

“It will come back to haunt you,” Pruitt said Monday on FOX 8.

Head coach Kevin Stefanski is ready to pick apart those mistakes to correct them.

“We made mistakes, really from myself to the coaches to the players to the offense, defense and special teams. We just were not clean enough to beat a good team, and that is disappointing,” Stefanski said after the game.

Pruitt felt the Browns should have relied more on the run game.

“We should have leaned more on Chubb and Hunt,” Pruitt said of running back Nick Chubb and Kareem Hunt.

While Browns fans had a lot to be proud of, Stefanski says he’s not here to lead this team to moral victories.

“We lost. We got beat. Proud of the guys and how they battled – I really am – but I just look at all the mistakes that we made, and we have to correct them,” he said.

Stefanski’s laser focus on improving week to week has kept the 9-4 Browns in the playoff hunt.

“I know we can do better,” Stefanski said.

The Browns will keep it in primetime with a short week ahead.

They play at the Giants Sunday.

“This is not the same Cleveland Browns,” said Pruitt.