MLive.com
Share on FacebookShare Share on TwitterTweet
Matt Schembechler called a news conference for Thursday to tell his story. 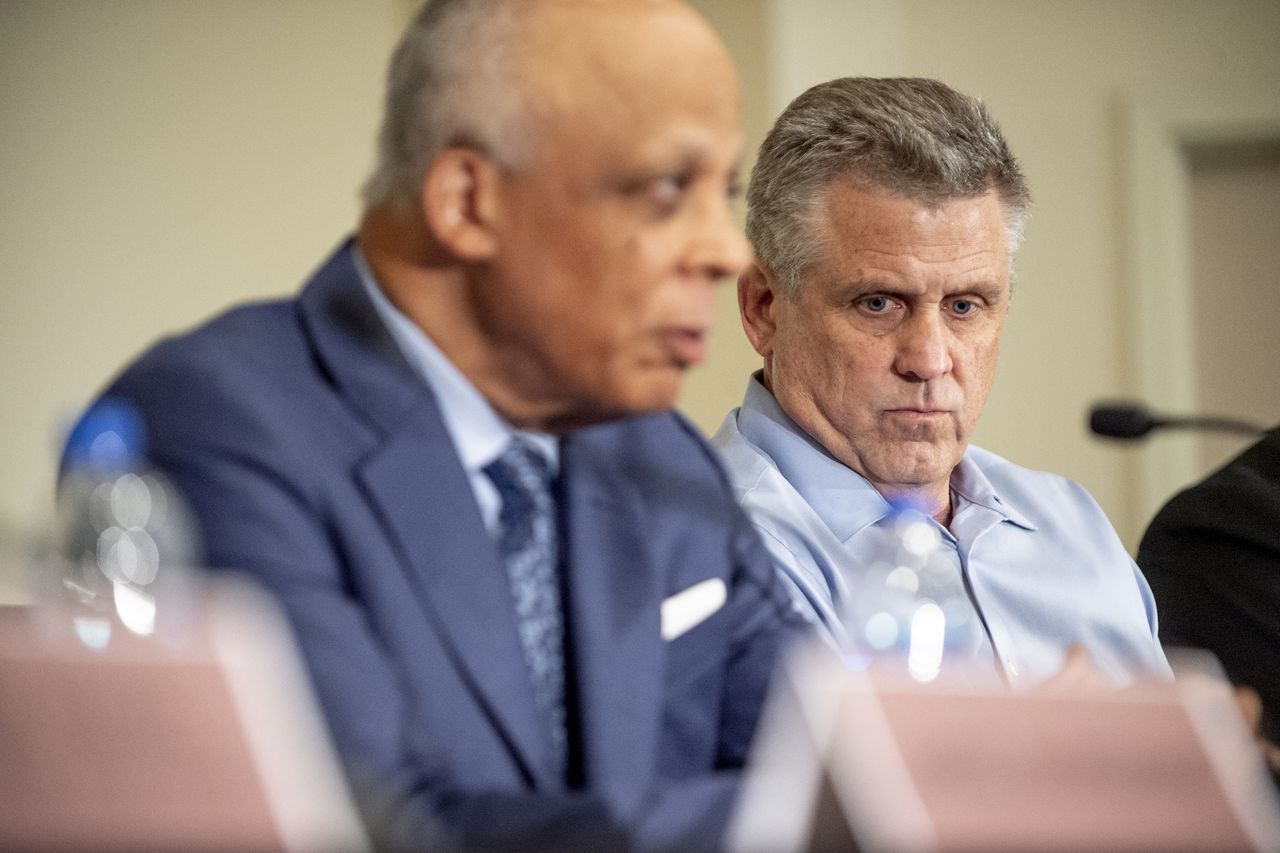 NOVI, Mich. — The son of legendary Michigan football coach Bo Schembechler says he was sexually abused by the late doctor Robert Anderson, and he told his father about it.

Matt Schembechler, during a news conference Thursday inside a hotel conference room in suburban Detroit, detailed an incident from 1969 — when he was 10 years old — in which Anderson groped his testicles and penetrated him from behind.

“It is a deeply personal story of abuse and betrayal, a story of mistrust in a doctor and betrayal of my father,” Schembechler said, reading from a statement while seated next to his Okemos-based attorney, Mick Grewal.

Schembechler, now 62 years old and living in Ann Arbor, said he was sent to Anderson as a fourth-grader gearing up to play junior football. He told his mother, Millie, a registered nurse, when he got home.

“After she heard what Anderson did, she knew something was wrong,” Schembechler said. “And she wanted me to tell (my father) in her presence.”

Schembechler did, he says, “and it did not go well.” Bo screamed, Matt Schembechler said, and said “I don’t want to hear this.”

“I tried to tell him repeatedly, but my efforts earned me a punch in the chest,” Schembechler said. “It was the beginning of the end for our relationship.”

Joining Schembechler on Thursday was a pair of former Michigan football players, offensive tackle Daniel Kwiatowski (1977-79) and wide receiver Gilvanni Johnson (1982-86), who say they, too, were sexually abused by Anderson during physical examinations during their time at Michigan.

A report produced by Washington, D.C.-based law firm WilmerHale last month, commissioned and paid for by the school, concluded that several high-level administrators at Michigan — including Bo Schembechler — were made aware of the abuse and did little, if anything, to stop it.

In fact, Matt Schembechler says, Bo did just the opposite. He reversed a decision by then-Michigan athletic director Don Canham to fire Anderson, who is alleged to have sexually assaulted more than 800 students, mostly men, during his time as director of Michigan’s health services and head doctor for the athletic department.

“Bo had him reinstated,” Schembechler said. “Because he needed his team doctor and wanted to ensure that Anderson would remain a part of the team.”

The allegations come just a week after Michigan head coach Jim Harbaugh, who played for Bo Schembechler and whose father, Jack, was on Schembechler’s staff at Michigan, appeared to defend Schembechler.

“Nothing was ever swept under the rug or ignored,” Harbaugh told reporters last Thursday, June 3, during a football camp at Ferris State University. “He addressed everything in a timely fashion. That’s the Bo Schembechler that I know.”

In a statement Thursday on behalf of the school president Mark Schlissel and board of regents, the University of Michigan said it sympathizes with victims of Anderson.

“We thank them for their bravery in coming forward,” the statement reads. “We condemn and apologize for the tragic misconduct of the late Dr. Robert Anderson, who left the University 17 years ago and died 13 years ago.

“We are committed to resolving their claims and to continuing the court-guided confidential mediation process.”