The University of Washington mourns the loss of Bill Gates, Sr.

UW News
Share on FacebookShare Share on TwitterTweet
Though Bill Gates, Sr., may have graduated from the University of Washington nearly 70 years ago, in many ways he never really left. 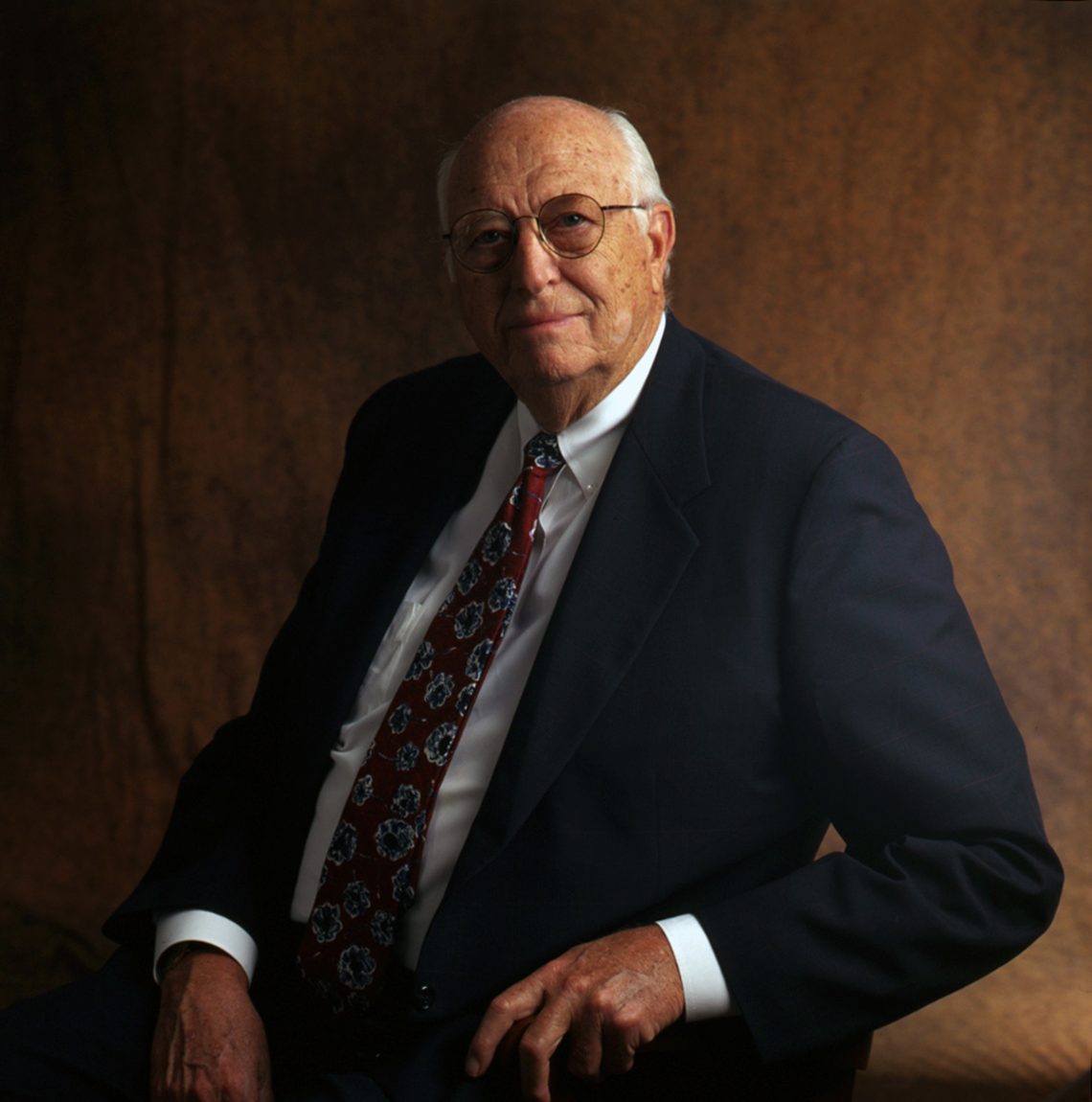 Bill Gates Sr. passed away on Monday. He was 94.University of Washington

Though Bill Gates, Sr., may have graduated from the University of Washington nearly 70 years ago, in many ways he never really left.

Gates was a standout Husky — as a Regent for 15 years, leader of ground-breaking philanthropic campaigns and a recipient of numerous accolades, including the Alumnus Summa Laude Dignatus Award in 2013. He loved Husky football and cheered on from Husky Stadium, Row K, Seat 32.

“The entire University of Washington community mourns the loss of one of the great public servants of our day: William H. Gates, Sr. Bill was a cornerstone of the University of Washington and our community,” said UW President Ana Mari Cauce. “His influence has been immeasurable. Bill’s passion for education, generous public spirit, tremendous integrity and extraordinary civic mindedness has created a legacy here and around the world.”

The running theme of Gates’ life was civic engagement. A longtime attorney, Gates founded the Seattle law and lobbying firm Preston Gates & Ellis — now known as K&L Gates. He served on numerous non-profit boards, presided over both the King County Bar Association and the Washington State Bar Association, and ran a number of ballot initiatives. At the UW, his dedication was so strong and impactful that he was pronounced a regent emeritus when his term on the Board of Regents ended in 2012.

“I personally witnessed his tireless commitment to social justice and health during an eye-opening trip we took together to Africa in 2002,” former U.S. President Jimmy Carter told Columns magazine in 2013. “I treasure his friendship. He reminds us all of our shared humanity and responsibility to each other.”

Gates, Sr. leaves behind a rich legacy through many of his volunteer roles over the course of his life. In addition to his service on the UW Board of Regents, he served on the UW Medical Center board and was chair and honorary chair of historic fundraising campaigns, served on a number of committees, and was a friend and mentor to many.

All three of Bill Gates, Sr.’s children have served the UW, lending their time as regents and supporting the university in countless ways. Dan Evans, former U.S. senator and Washington governor, once called Gates, the “patriarch of the first family of the university.”

Of the Gates clan, former UW President Bill Gerberding said, “There may be no other university with a family of that importance.”

Gates was born on Nov. 25, 1925, in Bremerton, where he graduated high school and was an Eagle Scout. After serving in the U.S. Army, Gates attended the UW on the GI bill, earning an undergraduate degree in 1949 and a law degree in 1950. Today, the law school’s building carries his name.

At UW, Gates met Mary Maxwell, ’50, whom he wed in 1951. His wife also served the UW, most notably as a three-term member of the Board of Regents. Mary Gates Hall is named for her. Mary Gates preceded her husband in death in 1994. Gates, Sr., is survived by his second wife, Mimi Gardner Gates, former director of the Seattle Art Museum; his children Bill, former UW Regent Kristi Blake, ’75, and UW Regent Libby G. MacPhee; as well as numerous grandchildren and great grandchildren.

Here’s how people throughout the University are remembering Gates:

“The entire University of Washington community mourns the loss of one of the great public servants of our day: William H. Gates, Sr. Bill was a cornerstone of the University of Washington and our community. His influence has been immeasurable. Bill’s passion for education, generous public spirit, tremendous integrity and extraordinary civic mindedness has created a legacy here and around the world. He was a mentor and friend to me personally, mine being one of many lives he touched in deeply meaningful ways. On behalf of all UW students, faculty, staff and alumni, I offer my most heartfelt condolences to Mimi, his children Kristi, Bill and Libby and the entire Gates family,” said UW President Ana Mari Cauce.

“Throughout his life, Bill Gates, Sr. has been hands-on in his support of a number of civic causes, including the University of Washington. His decades-long relationship with his alma mater — including a 15-year tenure on the UW Board of Regents — shaped this university and preserved its excellence. His integrity, forthrightness and love for the UW — especially students — will have a lasting impact on this University, its students and all those it serves for years to come,” said UW Board of Regents Chair Rogelio Riojas.

“The University of Washington weaves through the life of William H. Gates, Sr. like a thread of purple and gold. His philanthropic impact can be seen and felt across campus in so many ways, starting with the scholarships and programs that have benefitted countless students who, like him, have had their lives changed while at the UW. During his time with the UW Foundation Board, few people touched so many people’s lives through their leadership, philanthropy and just plain human decency as Bill Gates, Sr. The University of Washington — not to mention the world — is a better place thanks to him,” said UW Foundation Board Chair Korynne Wright.

“Bill Gates, Sr., was once quoted as saying, ‘Law is human service of the highest order. Our role as lawyers is to make it possible for people to survive — and thrive — in an extraordinarily complex world.’ Every day of his life, Bill demonstrated his deep belief in helping people thrive, whether through the practice of law or through his work in more than a dozen charitable organizations. Our students are inspired to follow in Bill’s footsteps and will carry forward his unwavering commitment to making the world a better place,” said Mario L. Barnes, Toni Rembe dean and professor of law, UW School of Law.