CBSSports.com
Share on FacebookShare Share on TwitterTweet
Live scores, highlights and updates from the Auburn vs. Tennessee football game 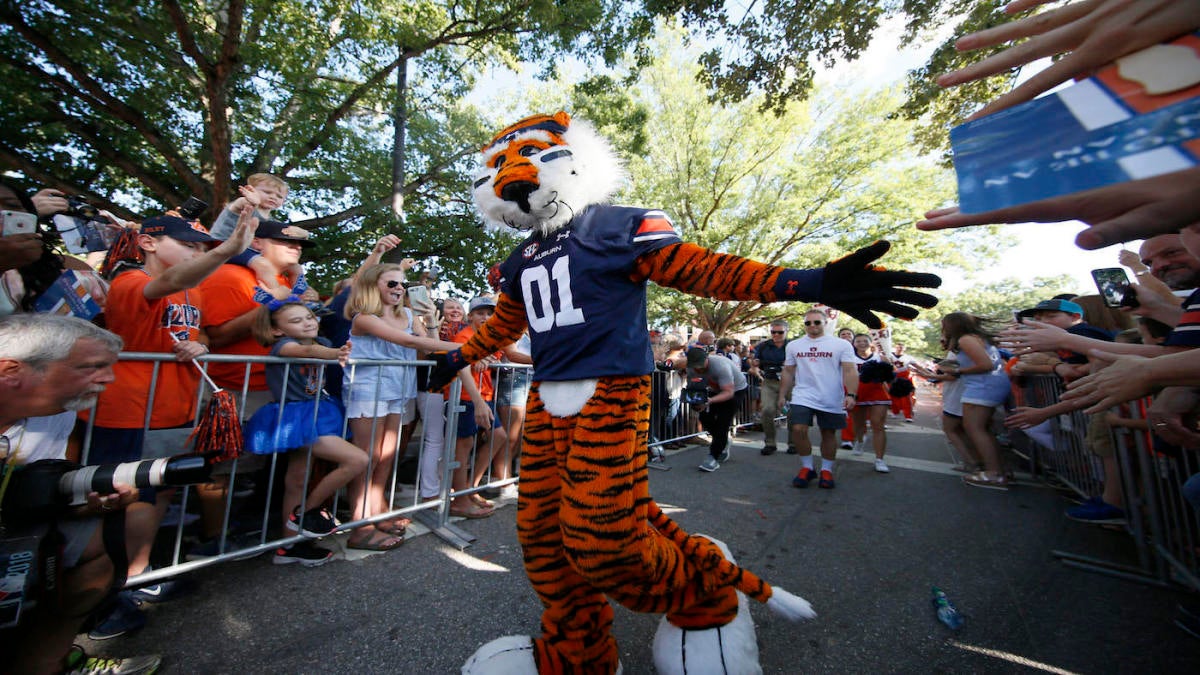 Although the Tennessee Volunteers came into the contest as underdogs, they're on track to steal the victory from the Auburn Tigers. Tennessee has emerged as the frontrunner after one quarter and is ahead of Auburn 7 to nothing.

The Volunteers have been riding high on the performance of RB Eric Gray, who has picked up 47 yards on the ground on four carries in addition to catching two passes for 41 yards.

Tennessee's lead is tied with the biggest they have had this year going into the second quarter.

The Tennessee Volunteers and the Auburn Tigers have had some time off and are no doubt ready to hit the field. Tennessee and Auburn will face off in an SEC battle at 7 p.m. ET Saturday at Jordan-Hare Stadium. The Volunteers are limping into the game on a four-game losing streak.

Tennessee came up short against the Arkansas Razorbacks two weeks ago, falling 24-13. Tennessee was up 13 to nothing at the end of the half but couldn't hold on to the lead. A silver lining for them was the play of RB Eric Gray, who rushed for one TD and 123 yards on 31 carries. Gray's performance made up for a slower contest against the Alabama Crimson Tide four weeks ago.

Meanwhile, Auburn simply couldn't be stopped three weeks ago, as they easily beat the LSU Tigers at home 48-11. That 37-point margin sets a new team best for Auburn on the season. QB Bo Nix went supernova for Auburn as he passed for three TDs and 300 yards on 24 attempts in addition to rushing for one TD and 81 yards. That was the first 300+ yard effort for Nix this season.

Tennessee is the clear underdog, so they're hoping it's the size of the fight that determines this one. Those betting on them against the spread shouldn't have high expectations for them since the team is 0-2 ATS when expected to lose.

Auburn's victory lifted them to 4-2 while Tennessee's loss dropped them down to 2-4. We'll see if Auburn can repeat their recent success or if Tennessee bounces back and reverse their fortune.

The Tigers are a big 10.5-point favorite against the Volunteers, according to the latest college football odds.

The oddsmakers were right in line with the betting community on this one, as the game opened as a 10.5-point spread, and stayed right there.

Tennessee won the only game these two teams have played in the last six years.