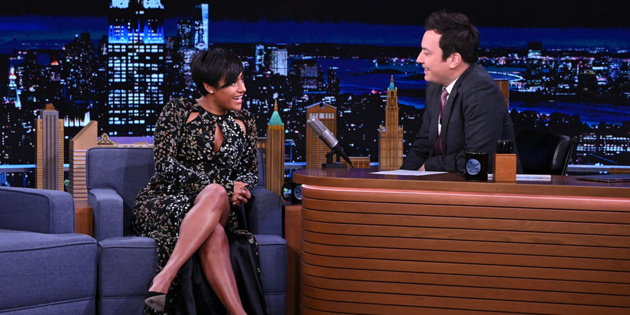 Ariana DeBose is having a major moment. The Tony nominee and former Broadway.com vlogger just won a Golden Globe Award for her performance as Anita in Steven Spielberg's West Side Story and was also named Best Supporting Actress by the Los Angeles Film Critics Association. She is nominated for a Screen Actors Guild Award and will be hosting Saturday Night Live this weekend. Plus, original West Side Story star Rita Moreno has one of her bras. DeBose sat down on The Tonight Show Starring Jimmy Fallon on January 13 to talk about the West Side whirlwind.

DeBose was performing in Summer: The Donna Summer Musical when she got called in to audition for Spielberg and scribe Tony Kushner. "I was really tired one evening after the show, and Cindy Tolan, the casting director, called and goes, 'Hey, can you come to Brooklyn tomorrow at 10AM?' I was like, 'But it's 11:30PM right now. Can I just dance and sing?' She said, 'Sure, sure, sure. I got you.' So I get there the next day, and there's Steven Spielberg and Tony Kushner," she said. In addition to singing and dancing at the audition, the director and screenwriter asked DeBose to read for the part of Anita. "I said, 'No,'" DeBose said. "I said to myself the night before, 'These scenes—these are Tony Kushner-expanded scenes. They can be wordy. They're important. You gotta nail it.' Quite frankly, I'm not in the business of going in a room as a Black woman and not getting it right. You've got to come in prepared."

DeBose was able to come back in and read for the role. "A few weeks later, [Spielberg] called me in a nail salon. I had foils on my nails," she said. "He asked me if I would be his Anita. Crazy!"