CNN
Share on FacebookShare Share on TwitterTweet
The first police officer to respond to the shooting of Ahmaud Arbery near Brunswick, Georgia, testified in court Monday he did not render first aid to Arbery due to the danger of the situation as well as his lack of medical training and equipment.
Former Glynn County Police Officer Ricky Minshew said when he arrived at the scene of the shooting on February 23, 2020, his immediate focus was on officer safety.
"When I get to a scene, I scan the area for any immediate threats, and then scan the area for any victims that need emergency medical aid," Minshew said. 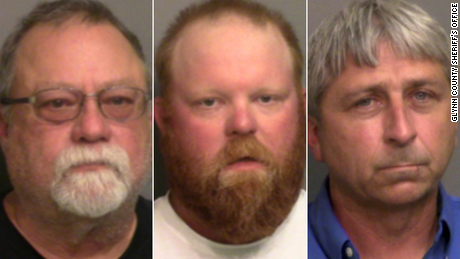 Minshew -- who testified he was in the area responding to a report of a "suspicious Black male" before hearing "two loud pop sounds" -- came upon the location of the shooting and said saw two White men pacing while Arbery, a 25-year-old Black man, was on the ground bleeding from his wounds.
Gregory McMichael, his son Travis McMichael and their neighbor, William "Roddie" Bryan Jr., are charged with malice and felony murder in the shooting of Arbery, who was jogging in a residential area before being chased by the men in two vehicles. Bryan trailed the McMichaels and recorded video of the shooting. Minshew identified the trio in court as being at the scene.
Minshew testified that after seeing Arbery lying on the ground, he notified dispatch to send emergency medical personnel to the area, then worked to preserve "scene integrity" for investigators.
When asked by prosecutor Larissa Ollivierre how Arbery appeared, Minshew said he was face-down and looked "unresponsive to his surroundings, he appeared to be deceased," and noted the amount of blood underneath him was "exceeding the perimeter of his body."

Minshew said he heard from Arbery a type of labored breathing he knew as a "death rattle," and said he had encountered similar situations in the past where people did not survive much longer.
Ollivierre asked Minshew if he performed CPR, to which he said no, stating he did not because "I did not know any of the people or any of the facts or circumstances to what had happened."
Minshew testified, "Being that I was the only officer on scene, without having any other police units to watch my back, there was no way I could have switched my attention to anything medical and still be able to watch my surroundings and watch after my own safety."
He also told prosecutors he did not have the adequate training to render aid, and his vehicle lacked proper equipment to help gunshot wounds or critical injuries. 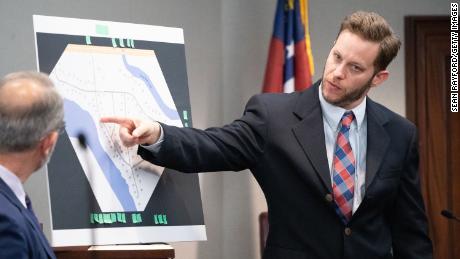 Body camera footage was shown in court
Graphic footage from Minshew's body camera was shown to the jury Monday by the defense team in an effort to show "inconsistent statements" made by the former officer, arguing Minshew's response time to the scene was off.
The video shows Gregory and Travis McMichael pacing near the body of Arbery. Travis McMichael can be seen wearing jeans and a T-shirt with blood on the back of his head and arms. 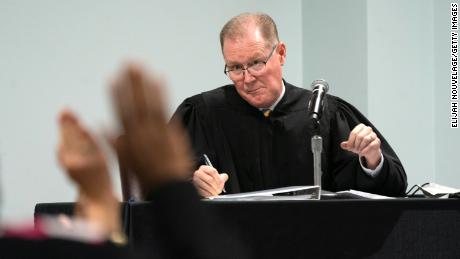 Prosecutors on Monday played the extended version of William Bryan's cell phone video of the chase and shooting for the court.
Wanda Cooper-Jones, Ahmaud Arbery's mother, saw the video showing the shooting of her son for the first time in court Friday and told CNN's Chris Cuomo Monday she hoped the video would show the jury Arbery had done nothing wrong before he was killed.
"I'm hoping that the jury see what the world see, is that Ahmaud hadn't committed a crime," Cooper-Jones said. "He was simply out for a jog. He did stop by that unoccupied home but again, Ahmaud didn't commit a crime and Ahmaud was chased and eventually killed."