wflx
Share on FacebookShare Share on TwitterTweet
Prosecutors say the pursuit and shooting weren’t justified, as there’s no evidence Arbery committed crimes in the neighborhood. 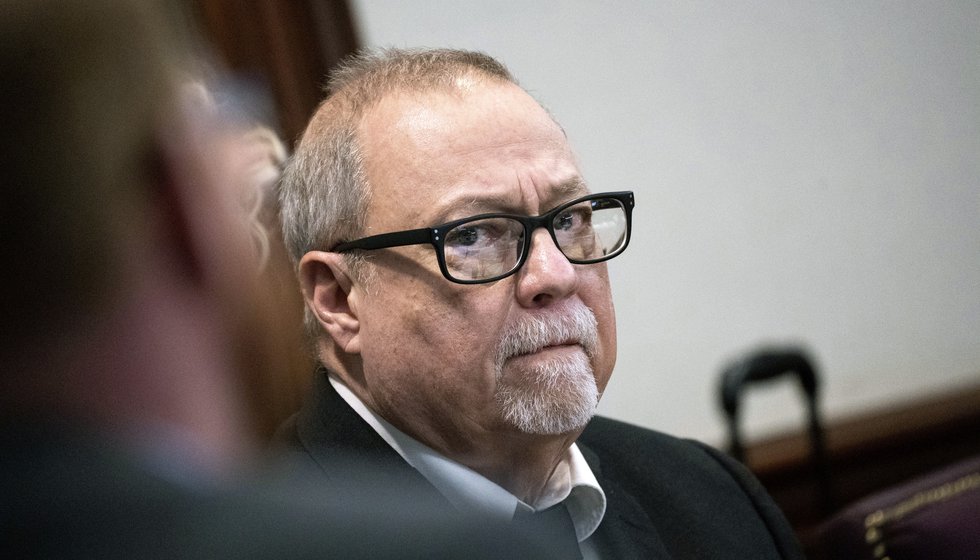 BRUNSWICK, Ga. (AP) — Attorneys made a final push Monday to persuade the jury in the killing of Ahmaud Arbery, with the prosecution saying that three white men chased him solely “because he was a Black man running down the street” and defense attorneys repeatedly blaming Arbery for his own death.

In closing arguments, a defense attorney for the man who fired the fatal gunshots said the 25-year-old Arbery was killed as he violently resisted a legal effort to detain him to answer questions about burglaries in a neighborhood just outside the port city of Brunswick, Georgia.

“It is absolutely, horrifically tragic that this has happened,” attorney Jason Sheffield said. “This is where the law is intertwined with heartache and tragedy. You are allowed to defend yourself.”

The attorneys made their appeals to the disproportionately white jury after 10 days of testimony that concluded last week. Closing arguments were to resume Tuesday. Prosecutors will get the final word because they carry the burden of proving their case beyond a reasonable doubt.

Arbery’s killing became part of a larger national reckoning on racial injustice after a graphic video of his death leaked online two months later. Though prosecutors did not argue that racism motivated the killing, federal authorities have charged all three men with hate crimes, alleging that they chased and killed Arbery because he was Black.

Father and son Greg and Travis McMichael grabbed guns and pursued Arbery in a pickup truck after spotting him running through their subdivision on Feb. 23, 2020. A neighbor, William “Roddie” Bryan, joined the chase and recorded the video of Travis McMichael opening fire as Arbery threw punches and grabbed for his shotgun.

No one was charged in the killing until Bryan’s video leaked and the Georgia Bureau of Investigation took over the case from local police. All three men are charged with murder and other offenses.

Prosecutor Linda Dunikoski told the jury the defendants had no evidence Arbery committed crimes but instead acted on assumptions based on neighborhood gossip and speculative social media posts.

“They made the decision to attack Ahmaud Arbery in their driveways because he was a Black man running down the street,” Dunikoski said. She added: “They shot and killed him. Not because he was a threat to them but because he wouldn’t stop and talk to them.”

Defense attorneys say the men suspected Arbery had burglarized a house under construction and intended to hold him until police arrived. Security cameras recorded Arbery inside the house five times, but none of the videos showed him stealing or damaging anything.

Dunikoski said the McMichaels and Bryan chased Arbery for five minutes, using their trucks to cut him off, run him off the road and otherwise prevent him from fleeing. She repeated Greg Michael’s words to local police after the shooting that Arbery was “trapped like a rat.”

Bryan recorded Travis McMichael standing with a shotgun outside the driver’s side door of his idling truck when Arbery approched on foot, then ran around the passenger side. They met in front of the truck, which blocked the camera’s view, when Travis McMichael fired the first of three shotgun blasts. The video shows Arbery punching him and grabbing for the gun as two more shots are fired, then Arbery turns to try to run again before falling facedown in the street.

“He chose to fight,” said Laura Hogue, an attorney for Greg McMichael. She said Arbery decided “without any sense of reason to run at a man wielding a shotgun, leaving him with no other alternative but to be placed in a position to kill him.”

Referring to a smiling photo of Arbery the jury had been show at the trial, Hogue told panel: “A beautiful teenager with a broad smile in a crooked baseball cap can go astray ... And years later he can end up creeping into a home that’s not his own, and run away instead of facing the consequences.”

Bryan’s attorney, Kevin Gough, suggested Arbery should have cried for help if he was being chased unjustly.

“Why isn’t he calling out, `Hey, somebody call 911! There’s crazy people after me,’” Gough said. “Maybe that’s because Mr. Arbery doesn’t want help.”

Gough said Bryan did not know the McMichaels’ had guns until moments before the shooting. He suggested a higher power guided Bryan to join the pursuit so he could record the shooting on his phone.

Sheffield, who represents Travis McMichael, said his client never wanted to shoot Arbery but was forced to make a life-or-death decision when Arbery charged at him in front of the truck.

He said residents of Satilla Shores were already nervous amid reports of thefts and suspicious people in the neighborhood. He said Arbery’s frequent visits to the unfinished home made it reasonable to suspect he had stolen items from a boat the home’s owner kept in the doorless garage a short time before he installed the cameras.

Dunikoski noted that Arbery never threatened the McMichaels during the chase, and he carried no weapons.

“You can’t bring a gun to a fistfight. It’s unfair, right?” the prosecutor said.

She said it was Travis McMichael who attacked Arbery — first with his truck, then by pointing a shotgun at him as Arbery ran toward him.

“They can’t claim self-defense under the law because they were the initial, unjustified aggressors,” Dunikoski said, “and they started this.”

Arbery had enrolled at a technical college and was preparing to study to become an electrician like his uncles when he was killed.