A Million Little Things: Eric’s secret revealed (and you know you guessed it)

Caution: There are spoilers in this post for A Million Little Things Season 2, Episode 10. If you haven’t watched the episode yet, be warned! You can catch up on Hulu.

A Million Little Things wasted no time in revealing the answers to some of our burning questions. One of those was Eric’s secret, which we’d been wondering about since his phone call in the closing moments of the winter finale. The midseason premiere gave us answers, but no explanation as of yet.

Throughout the episode, we learned that Maggie was getting closer to Eric. She even kissed him at one point, but he pulled away before things got too serious. He didn’t want Maggie to see his chest, and it’s not because of his embarrassment over his scar.

It’s because he doesn’t have a scar.

That’s right! Eric is lying about receiving Maggie’s brother’s heart. He’s never had any heart surgery and we learned there was no scar right at the end of A Million Little Things Season 2’s midseason premiere.

If you knew there was something shifty about Eric from the beginning, then this will justify that feeling. It was clear he was hiding something. And it turns out that this is what he’s hiding.

The question now is why is he lying about this? What is he trying to gain?

At no point has he asked for money. He hasn’t seemed to scam the family for anything, playing on the “I have your brother’s/son’s heart.” Instead, it’s like he’s just wanted to offer the family some sort of closure. 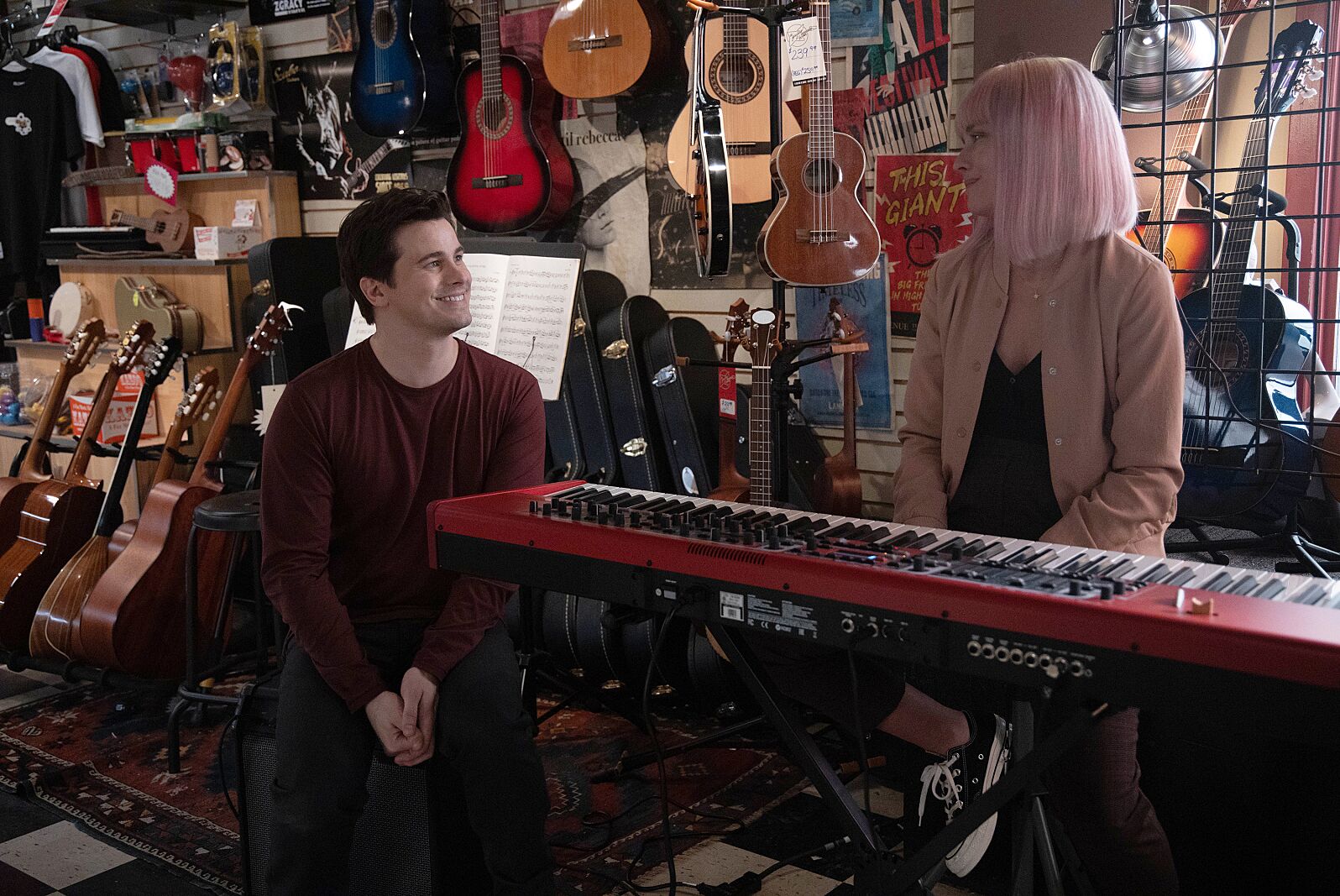 A MILLION LITTLE THINGS – “austin” – Delilah makes arrangements for a family photo shoot with longtime photographer Seymour (guest star Richard Kind), but Danny struggles to accept that this new family does not include his father. Meanwhile, Rome and Regina make big plans to celebrate Rome’s parents’ 50th wedding anniversary and are forced to take a closer look at their own marital woes; Eddie and Katherine look for a fresh start; and Gary feels disconnected from Maggie on a new episode of “A Million Little Things,” airing THURSDAY, OCT. 24 (9:01-10:01 p.m. EDT), on ABC. (ABC/Jack Rowand)JASON RITTER, ALLISON MILLER

I’m wondering if the series is going to head down an identical twin brother route. Is it possible that he’s been mistaken as the guy who got the heart and didn’t want to disappoint anyone.

After all, it was clear during this episode that he doesn’t know as much about music as he should considering he runs a music shop. Is it possible that he has or had a brother and has taken over the music shop? Because of this, could he have been mistaken as his brother and decided to try to offer the family some sort of closure?

Or is it possible that he is just some major long-con fraudster? That doesn’t quite make sense because he told someone that he was going to tell Maggie the truth. He feels guilty for lying and no conman would feel guilty. So, I’m leaning on the mistaken identity angle and now he’s far too deep into the mess.

Next: 5 questions after the midseason finale for A Million Little Things

What do you think Eric’s reasons are? Why is he pretending to be the recipient of the heart in A Million Little Things? Share your thoughts in the comments below.

A Million Little Things airs Thursdays at 10/9c on ABC.